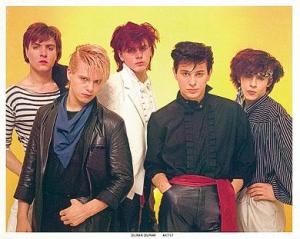 For weeks maybe even months I’ve been whining about needing my hair cut, I do this all the time, I get a really cool haircut and then leave it to grow wild for a year and then around six months in I moan about how it needs to be hacked off because I’m starting to look like I’m auditioning for a part in a Duran Duran tribute band. So today I actually did it, I got a hair cut I then had the intelligent idea of booking an appointment for a trim in a few weeks therefore not allowing it to grow a mind of it’s own and turn in to the forest of dean again. Which leads me to my next point, I think it really did have a mind of it’s own or at least was siphoning from my brain cells because since the delicate operation I haven’t been able to stop writing, in fact I now have another idea for a third book completely unrelated to my debut novel and it’s sequel, it’s like the crazy hair has released my inspiration it’s been holding hostage and it can’t wait to get out.

As liberating as this new found inspiration is it now concerns me a little, can

one person really work on two projects at the same time. At this stage I have only been jotting down a few ideas, an opening paragraph, character background a brief lay out of plot etc but I’m worried, I’m engrossed in my current story too and as I’ve said before I have grown quite attached to it’s characters. So maybe it’s best to keep new ideas in my back pocket for now at least I know I can have new ideas!!!!!!