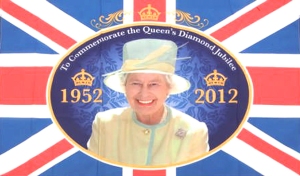 Well I guess being English I should really blog about this Jubilee Malarkey!!!! But that’s what every Brit is probably doing today and while I appreciate that HRH Queen Elizabeth II has the second longest reign of any Monarch (the longest belonging to Queen Victoria) and she is the Queen of my home country, I am personally getting a little vexed by all the hype all the chatter and all the bloody random merchandise (NO doubt my mother has already purchased her tea towel!!!!) and then this got me thinking again about my little book merchandise query, which led me back to the idea I had about Books with special features. This concept has now piqued my interest so much so that I have become more consumed by implementing this idea than working on my current project. This, I may add is also a great distraction as this weekend seems to have sparked a lack of motivation to work, 4 day weekends make me lazier than normal!!

highlighting all the fresh mistakes myself I kept thinking about this special features idea. How would it work? I mean what sort of format would it be in? would it simply be a case of re-publishing the story and adding notes about the chapter/characters or how certain scenes came about??? No that sounds pretty boring. I still have laying around whole chapters which weren’t just re-written but binned completely because I took the story in a different direction, I deleted paragraphs at a time of characters that never made the final cut, maybe I should put all that work together maybe I could release it as like a book of notes but then who wants to read someones notebook??!! Maybe I could combine the two ideas? Who knows but I do really like the idea of sharing things that never made it to the finished product with the readers because lets face it, if people like what you didn’t then that’s the start of a whole new project is it not??? Or is that a cheap get out of jail free card for a next book idea!!!!

Well I have to admit both this idea and my current project are currently on hold this weekend, we very rarely get to

enjoy a relaxing four day weekend, so firstly thanks to The Queen for adding an extra bank holiday to the calendar this year!!! Thanks to ATP for putting Roland Garros on so it clashes with a four day weekend (will not be moving from in front of the TV!)!!! Thanks to the USA for exporting Budweiser to the UK however I will NOT be thanking the Great British weather!!!!!!!!! So although I will not be completely lazy with my projects this bank holiday I will be looking for other peoples opinion on how to pull off this new idea of a Book with DVDesq Special Features so if you you have any ideas of what you would like to see or you’ve always wondered how authors arrive at a certain point or how they get there character ideas let me know and I’ll see how I can work on presenting that info, the thought process is now in your hands!!!